Care for the countryside - Join our campaign to ban sky lanterns

Sky lanterns might look pretty but they are a serious danger to animals and the countryside. Sky lanterns are usually used in Britain to mark special celebrations such as weddings, parties and New Year, but are you aware of the dangers they can cause?

Essentially a small hot air balloon made of paper, with an opening at the bottom where a candle is suspended, sky lanterns, or Chinese lanterns as they’re also known, can float for miles before they fall to the ground, causing a danger to animals and a fire hazard. Not just litter, but burning litter – it’s time to ground sky lanterns for good. 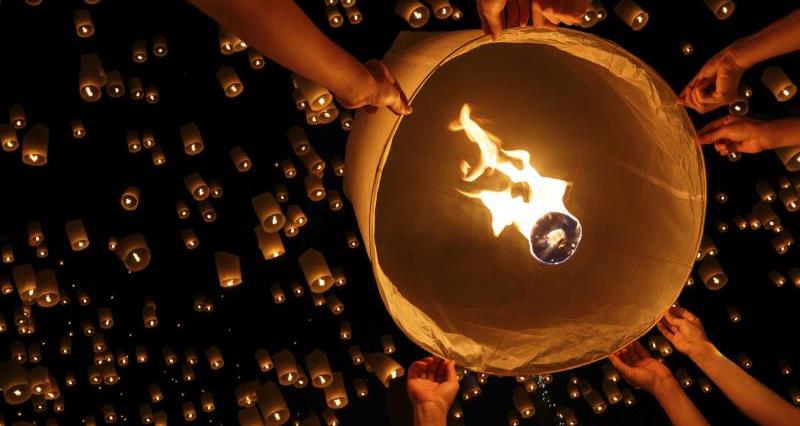 If your local council isn't already supporting the ban there are things that you can do to help.

Join us in our call for a complete ban on the release of sky lanterns. Email your local council now.

What are the risks?

Litter nuisance
Farmers and other landowners have to clear up the remnants of sky lanterns from their fields. Don’t be fooled by bamboo lanterns marked ‘biodegradable’ – they can still take decades to degrade.

Fire
Once a sky lantern is lit, nobody knows exactly where it will land. Fields of standing crops, hay and straw stacks, farm buildings housing animals, thatched roofs plus lots more are all at a significant risk of being set alight. 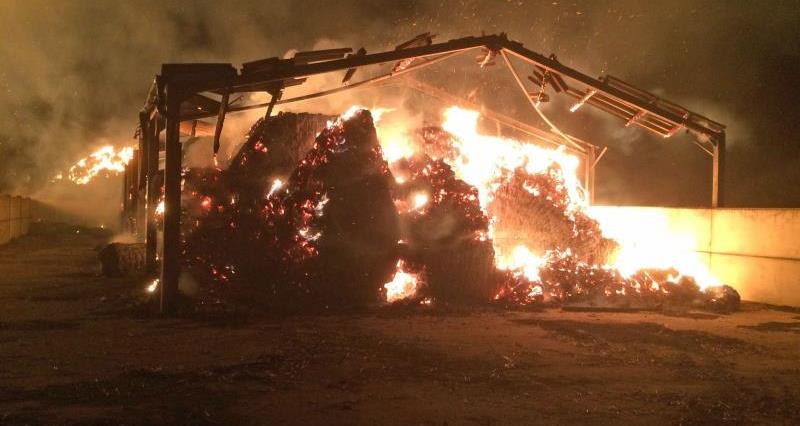 Animals and Livestock
Sky lanterns can cause suffering or even kill animals and livestock. Not just by fire, sky lantern debris can cause immense stress and injury.  Some of the key dangers are:

False alarms
Sky lanterns pose a significant danger to aviation traffic such as planes and helicopters. There are concerns that lanterns can be drawn into aircraft engines and can delay take-off and landing.  In addition, lanterns drifting across a night sky are also commonly mistaken by the public and coast guards for marine distress signals.

Which councils have banned sky lanterns?

Several councils have backed the campaign and banned the release of sky lanterns on council owned land.

If you know that your local council has implemented a ban, but isn't on a list, please let us know by dropping our campaigns team an email. 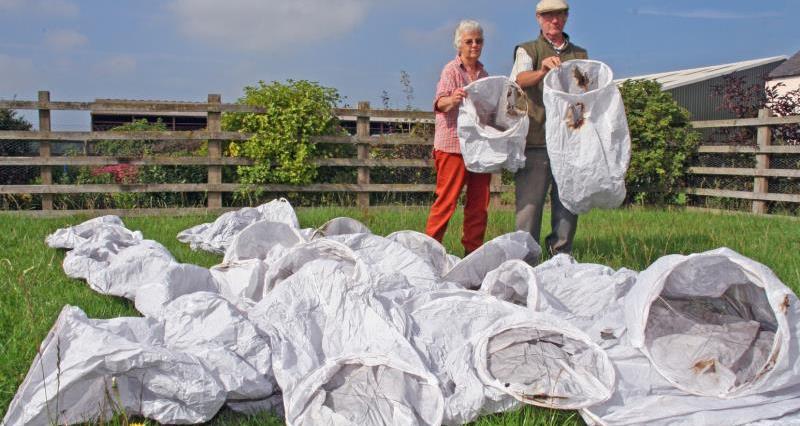 Beef and arable farming couple Tony and Sue Robinson from Coolham, West Sussex experienced a mass landing of 28 sky lanterns on their farm in 2013 and are urging people not to release them.

They believe they were lucky to escape a fire, given many sky lanterns had landed alight, scorching the ground around them.

Sue Robinson said: “All we want is for people to be aware of what could happen and we hope we will dissuade people from releasing sky lanterns. If this had happened three weeks earlier, during the dry weather, we could have had a major fire here as many lanterns landed in fields that were earlier growing corn. By the burn marks, many were still alight on landing. One landed yards from our supplies of winter straw and feed for the cattle.”

“These lanterns are not romantic or glamorous - they are in fact dangerous and they’re litter. I believe it is an offence to litter. Bamboo framed lanterns, like the ones that landed on our farm, do pose a fire risk and they could be dangerous to livestock.”

The couple, who have a herd of Sussex cattle, have written to their MP, Nick Herbert, making him aware of the problems sky lanterns cause. They have also written to the three parish councils of Thakeham, West Chiltington, Shipley & Coolham, asking the councils to discourage the release of sky lanterns. 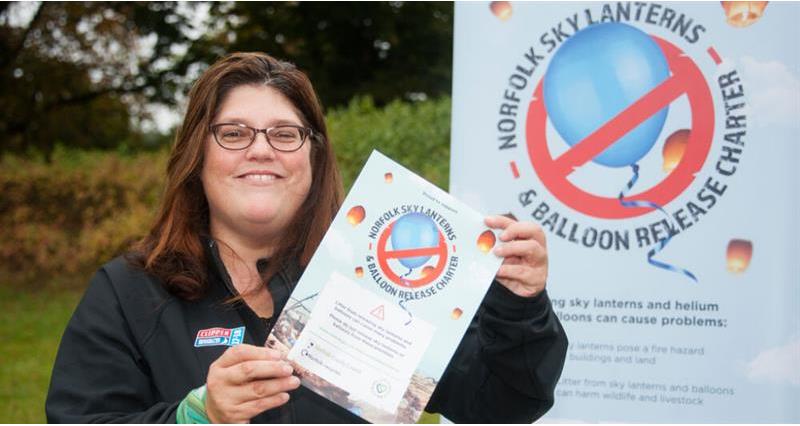 Norfolk County Council has had a ban on the release of the lanterns on its land since 2015 and the charter aims to build on this.

Cllr Andy Grant, Norfolk County Council Cabinet Member for Environment & Waste, said: “Please do encourage your organisation or business to sign the charter to pledge not only that there’ll be no sky lantern or helium balloon releases on their land, but also to promote new and sustainable ways to celebrate.”

NFU County Chairman Nick Deane told BBC Radio Norfolk: “We are delighted that the county council has introduced the charter and we would encourage anyone to sign up.

Figures show that Norfolk Fire and Rescue Service have been called to six reports of fires caused by sky lanterns since June 2014.

Three of the calls related to sky lanterns in trees and in one incident a lantern set alight to 200 square metres of marram grass at Waxham.

To find out more, visit: www.norfolk.gov.uk/balloonsandskylanterns

Yep, ban these dastardly things, not just on council land, but everywhere in the UK. Ban the sale of fireworks to members of the public, too. New government, new Prime Minister, who, it is said, is keen on animal welfare. Let us all, everyone reading these posts, bombard our MPs until these horrendous, dangerous, antisocial, and unnecessary things are banned from this country forever! It's taking too long!

Need to stop producing them! 30 animals died inc 5 orangutans, 1 chimp, many monkeys, birds and animals New Years Eve, Krefeld Zoo Germany - where it is banned already but purchased off the internet https://www.bbc.co.uk/news/world-europe-50971250

Until a bill is passed by the government to completely ban the sale of sky lanterns, unfortunately it will never stop. It does not carry any weight councils banning it. Legislation needs to be put in place

Damage to farms due to fires and the death of animals.

Sky lanterns should be banned by the many not the few.

These lanterns should be banned

Should be banned totally.

I agree with Patsy Alcock. Fireworks are also a menace when they are repeatedly let off over a period of days, sometimes weeks. There should be an allocated Saturday nearest to 5th November when only organised events are allowed displays. That way pet owners will know when to keep thier animals indoors.

They can look beautiful. For a few minutes. But not worth the damage done to wildlife, livestock & property. They need to be banned.

Not only do sky lanterns want banning but fireworks should be confined to organised displays and advertised locally so that those people whose animals are scared of them are forewarned.

Rural crime: what you can do to help

Help protect the countryside from wildfire

Keep your dog and livestock safe when walking in the countryside