People in farming - Why British farmers care about soil management 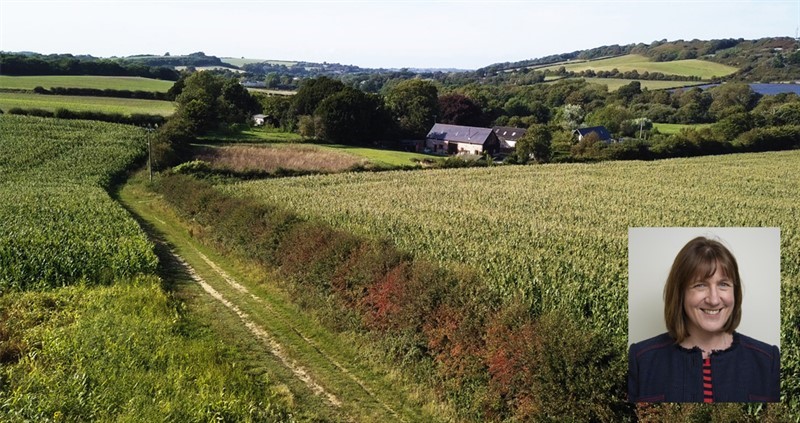 Caroline Knox is a farmer from the Isle of Wight. Here she takes takes a look at the importance of soil and explains how focussing on soil management on her farm has made positive changes to improve soil health, farm costs and the wider environment.

Farming 400ha in the Arreton Valley on the Isle of Wight, Caroline took over the farm with her parents in 1983 and they now grow a combination of crops for food consumption as well as crops for a nearby biogas plant. Caroline explains how the combination of a tv programme and the introduction of a new agri-environment scheme around 15 years ago made them look at soil in a different light.

“Normally there is a defining moment ahead of any change in farming and I think for us it was watching a documentary which highlighted the risk around soil erosion and the benefits healthy soils bring. Maybe that coincided with the introduction of the Entry Level Scheme (an agri-environment scheme) which saw us out with crayons colour coding the farm soils according to run off risk.

What is run off risk?

Run off risk takes into account things like the gradient of a slope, the soil type and the crop grown which will determine how vulnerable the soil might be to erosion from rainfall.

Both the documentary and a new scheme re-focused our thoughts and helped us recognise the importance of good soil management to our farming system.

As a result Caroline changed the way they sow the crops. They used a technique called direct drilling which means the seed is planted in the ground without cultivating the soil, retaining the residues of the previous crop. While Caroline’s neighbours’ crop of wheat was planted more traditionally and showed rows of promise as the green leaves of next year’s wheat emerged, their fields looked stubbly and messy. But importantly, direct drilling meant moisture was preserved in the soils and soon enough the green shoots of the crop emerged and it went on to do well. 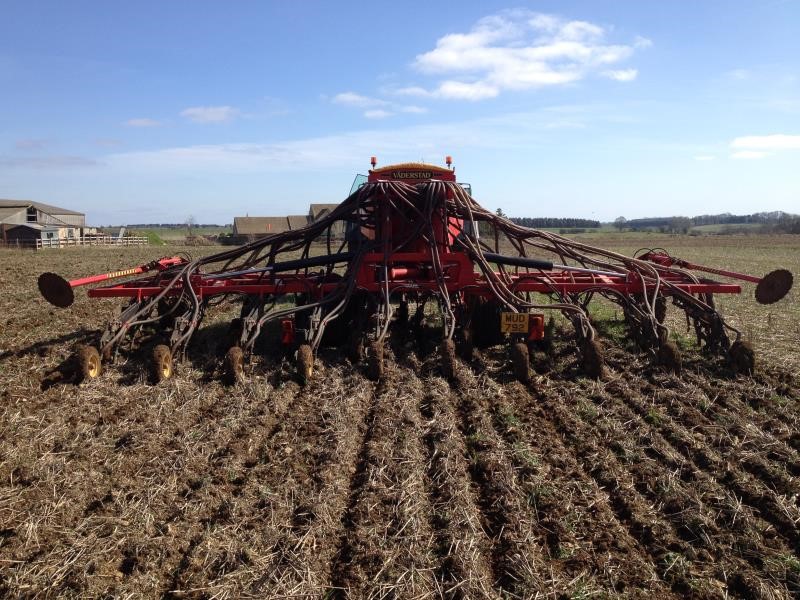 Pictured above: An image of machinery direct drilling

Confidence gained from changing their farming practices saw them gradually move to a system with minimum soil  tillage which disturbs the soil less, but can still successfully grow a  rotation of crops including wheat, peas and oil seed rape.

In 2018, the family’s interest in soils increased after a farming soil scientist spoke on the island. After completing the suggested reading list, the family adopted several principles which coincided with a change of their crop rotation to maize and hybrid rye.

Understanding the needs of soil microbes was key for Caroline with the ultimate aim of locking in soil nutrients to reduce artificial inputs. This resulted in planting cover crops – meaning the soil is not left bare after the fields are harvested - by photosynthesising the suns energy, the plant is able to feed those all-important soil microbes near its roots.

Over time, the family now use 10+ species mixes cover crops, direct drilling them as soon as moisture allows after the rye is harvested in July. They stay in situ until pre-maize drilling in April and offer a range of benefits:

But the story doesn’t end there. Caroline is passionate about continuing to experiment and evolve their farming practices. They have been under sowing crops with clover (sowing a later growing crop on land already seeded with another crop) to help capture nitrogen from the atmosphere, act as a living mulch and offering pollination opportunities.

“We have over 700 soil types in the UK. The variability means there is no ‘one size fits all’ rule with soil and farming is not an exact science. We cannot control the weather, but we can control our intentions, so we will continue our journey to rejuvenate our soils and to experiment in reigniting the relationships between fungi and plants soils.

Environmental Land Management scheme (ELMs)
The NFU believes that the transition to a new agricultural policy provides an opportunity for the inclusion of a range of soil health management options as part of any future ELMs.

The range of options could include cover cropping, nutrient management planning, reduced tillage if appropriate to the farming system, and incentives such as soil testing.