People in farming - Speaking up for food and farming 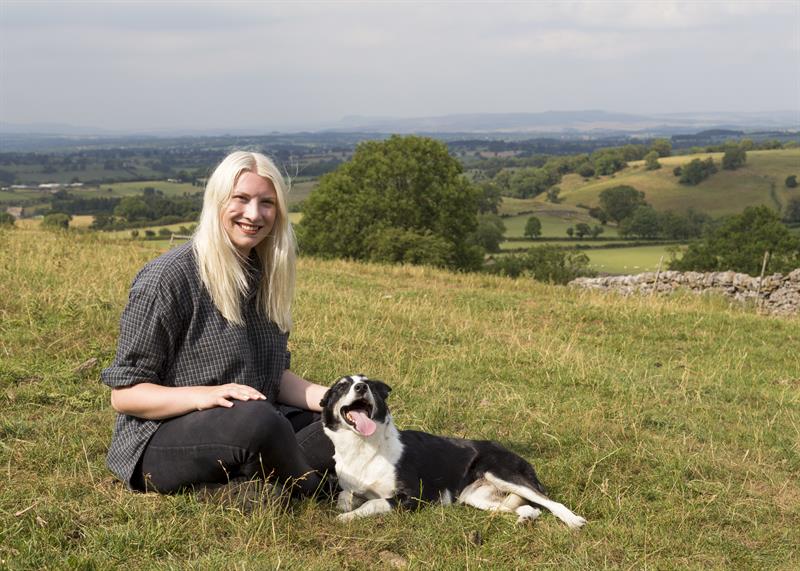 Hannah Binns reveals the details of an exciting new programme designed to take British farmers into our schools to discuss the realities of farming, food and the countryside – and how you can get involved. She writes:

Although I grew up on a hill farm in Lancashire (and live and work there to this day), I attended the University of Leeds (not a particularly rural part of the world), studying Ancient History and English. It did, however, really open my eyes to the growing disconnect between many of my student peers and life in the countryside and, increasingly, British food production, too.

British farming has a huge amount to be proud of – although sometimes reading and watching our own media – you wouldn’t know it. Recently some of the media have fixed on farming as the source of much climate change, while forgetting that 10 million hectares of grassland in the UK hold 600 million tonnes of CO2, while sequestering another 2.4 million tonnes per year. Not only is farming providing the sustenance that we all depend on, it can also act as a carbon sink, and we shouldn’t be afraid to trumpet that fact.

So, the NFU decided to launch a new initiative to get working farmers into schools to tell them about what they do, the ups and downs of rural life, and how they produce food – and field questions from inquisitive youngsters. It’s called ‘Speakers for Schools’ and is masterminded by the NFU’s Education team, led by former teachers Josh Payne and Jennie Devine (you can follow the team on Twitter here).

For me, it was a farmer’s comment one autumnal afternoon in Cumbria which sparked my involvement in the initiative: “What you need is someone like her: who is young and doesn’t look like your stereotypical farmer’s daughter, to deliver these messages to students.”

While I was slightly apprehensive about what I had been signed up for, I willingly went along in November to participate in the NFU’s very first ‘Speakers for Schools’ assembly at Kenilworth Sixth Form in Warwickshire. After all, how scary could talking to a room full of 17-18 years old be?

Having only had two hours to prepare and practise the presentation the day before with two dairy farmers and experienced teacher trainer Paul Taylor McCartney, the pilot assembly was a great learning curve for all involved, with the hesitant nature of the pupils to ask questions challenging us to think on our feet to spark engagement.

Nonetheless, debate soon flowed with questions as diverse as: How do you become a farmer? What do you think of the vegan diet? And how will farming change after Brexit?

The power of storytelling

We’ve had more training since, with farmers encouraged to think about their personal farming story and how to make it relatable for the students.

I shared with the group how going to a city university inspired the creation of my blog ‘Hannah Binns – the adventures of a farmer’s daughter’, which aims to provide readers with a rare, but real insight into the various challenges of modern-day hill farming. 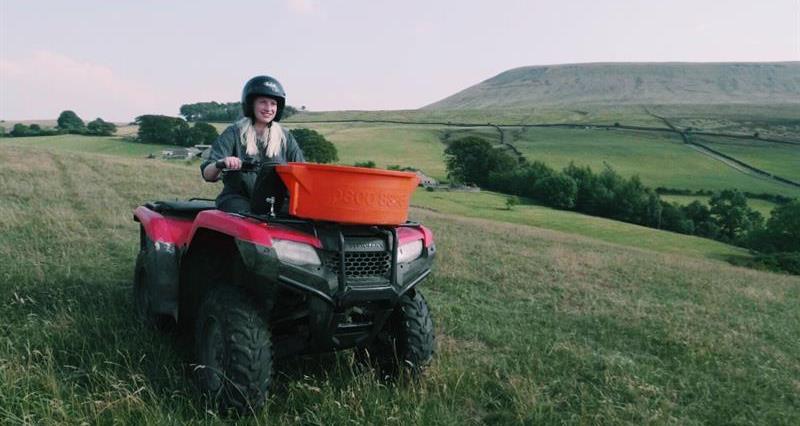 I then revealed how blogging opened a plethora of opportunities for me within the farming industry, demonstrating that there is a career within agriculture for everyone, even aspiring writers.

Having helped shape and deliver this new education initiative to members and students, my experience highlighted that school assemblies offer the perfect opportunity for farmers to proactively start a dialogue with the next generation of food shoppers about the provenance of their food, regardless of dietary requirements, and encourage them to make their own informed decisions.

It’s also another opportunity to counter negative misconceptions about farming practices banded around in the media and showcase agriculture as a diverse, innovative industry rising to the challenge of feeding two billion extra mouths by 2050 as well, as reaching net zero targets by 2040. Through this initiative, it’s hoped that British farmers will be given the tools to professionally present farming’s story to as many young people’s ears across the country as possible, and I would love you to play a part in that, too.

Do you know a school that would be interested in an assembly with an NFU farmer? To register a school’s interest, email: [email protected].

If you're a teacher looking for resources, visit NFUeducation.com