People in farming - Find out about growing pears 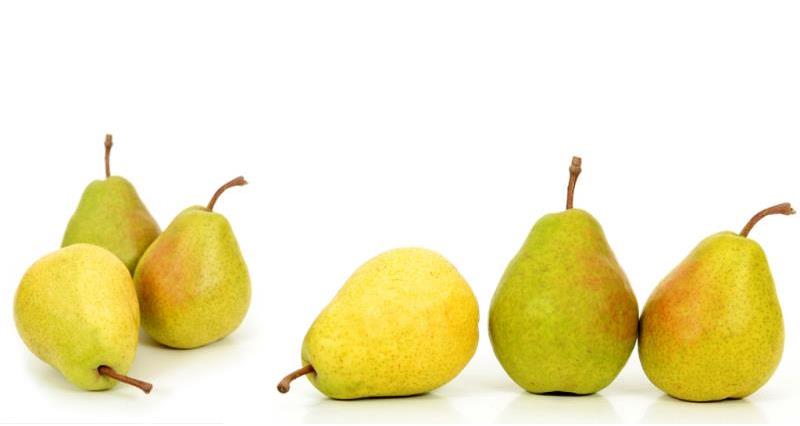 David Long has been growing pears on his family farm in Kent for 20 years and knows what it’s like to be at the mercy of the British weather. Pears are susceptible to the cold and if frost arrives at the wrong time, it can ruin an entire crop.

Perfect with goat’s cheese and honey, chocolate or poached in red wine, the humble pear has a crowd-pleasing history. The first European pear was cultivated in around 1,000BC - the Roman cookbook ‘De Re Coquinaria’ had a recipe for spiced-stewed pear soufflé, while the ancient Greeks used pears as a natural remedy for nausea.

Around 24,000 tonnes of pears were produced in Britain in 2016 with only 2,000 tonnes exported overseas. The popular Conference variety dominates the market, accounting for 90% of UK commercial pear production.

David Long’s family has been farming in Kent for more than 100 years. They grow crops of  spring barley, wheat and strawberries as well as grazing a large flock of Romney sheep, Kent’s native breed. They also have 170 acres of pear orchard, producing around 1.9 million kilos of the Comice, Concorde and Conference varieties each year. 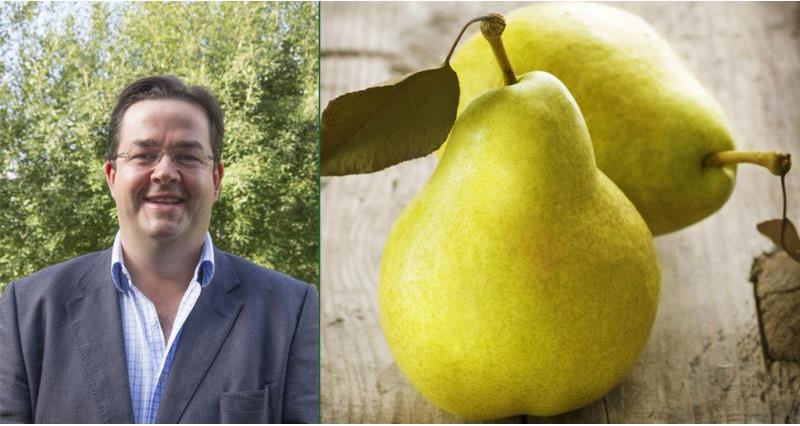 David supplies retailers from September until the end of May. Pears are picked by hand, so the farm employs seasonal labour to bring in the harvest.

“We’ve seen a massive change in what consumers want,” he says. “We used to sell a lot of loose product, whereas the demand now is for ‘ripe and ready’ packs.”

The weather is David’s biggest hurdle; he even has insurance policies for hail! “The weather has become much more extreme, which is scary if your livelihood depends on fruiting trees because it only takes a few minutes for a crop to be ruined. Depending on spring temperatures, the trees start to bloom the first week of April – this is a very critical time because if frost comes, it literally kills the bloom."

Once the pears have bloomed and survived the spring, the next big event is the ‘June drop’, where the tree naturally sheds the inadequate crop to prevent rubbing and misshaping of the stronger fruit. The tree is left with 10-15% of its original crop after the drop, and often David’s team pick off any extra fruit by hand, if not enough have fallen.

Now you know what goes into growing and picking pears ready for the supermarket shelves, why not try our delicious autumnal recipe for pear and gingerbread cake.