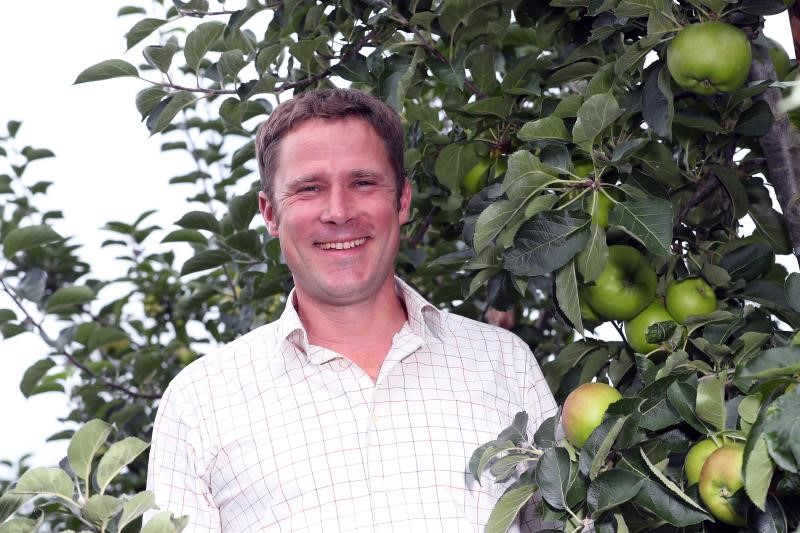 James Smith a leading apple and pear grower and managing director of Loddington Farm, Kent, who is passionate about looking after the environment.

The farm is situated on the Greensand ridge overlooking the Low Weald of Kent. It is nestled on a warm, south facing, gentle slope with views out to the High Weald to the South. The farm is made up of orchards and woodland as well as a network of hedges and a stream that feeds the river Beult. Uncropped areas are grazed by sheep as part of a regenerative approach to food production.

Mr Smith explains ‘We are creating more and more wildlife corridors as well as bringing nature into our orchards. Nesting boxes, wildflower meadows, woodland management, and insect refuges are all common on the land that we farm. More importantly the huge range of diversity that is encouraged on the farm provides food, shelter, and habitat for many species. We don’t just provide corners of fields, we bring nature into our fields to help us grow better food.’

The main crops are tree fruit so cultivation is almost non-existent. The soil is mainly clay loams over sandstone changing to heavy clay as you go down into the Low Weald, soil biology is as the heart of the farming operations. Cover crops are grown between tree rows and periodically mown and mulched under the rows as the farm seeks to grow its own inputs on the farm rather than buy them in’. 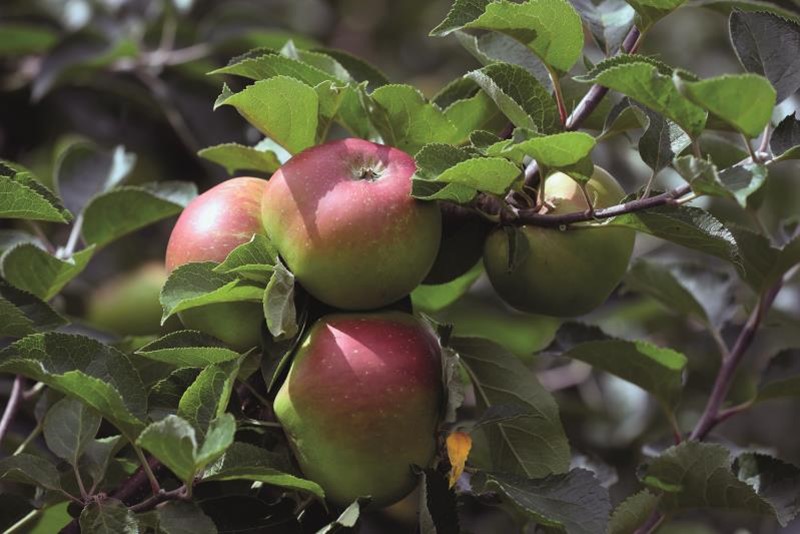 Grazing is done on a holistic grazing plan which is in its infancy but focusses on mob grazing and rest periods for the plants to optimise nutrient cycling into the soil. Former orchard land is given a break with the planting of cover crops that are then grazed sheep to boost organic matter and improve soil health. In addition, new orchards are planted with diverse swards to increase biodiversity.

The orchards are irrigated using trickle systems from spring water held in a winter filled reservoir. This is monitored using soil moisture probes and mass balances carried out to assess water use efficiency. The farm is also a member of LEAF and has a significant programme of tree planting and increasing soil carbon cycling through regenerative practices.

Loddington Farm invested in solar and wind generation in 2012 and currently produces 20% of its annual usage from renewable sources. A fully electric van is used for some of the local juice deliveries to continue to reduce emissions. The establishment of multispecies cover crops on uncropped land also help to cool the atmosphere and avoid erosion.

Loddington Farm is diversifying with new crops such as apricots, cherries, aronia berries and juniper, as well as livestock. The farm is also at the centre of the local community with local schools, hosting events and contributing to local charities.