People in farming - Find out about growing cabbages 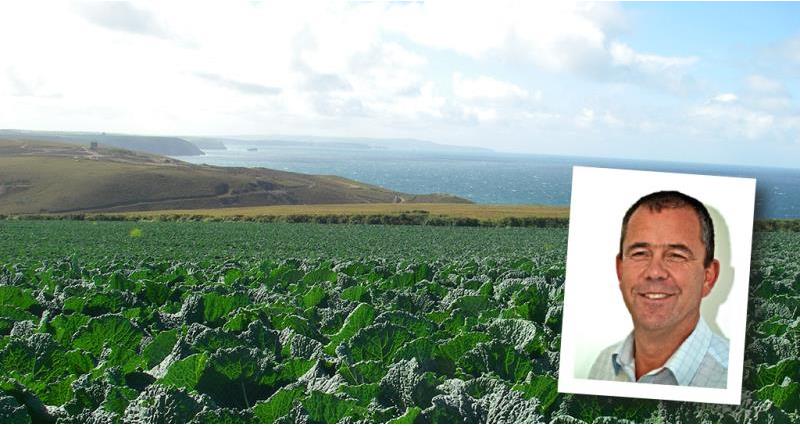 David Simmons’ farm has been in the family since 1870, and his son joined a couple of years ago and is now the sixth generation to farm the land.

David’s farm, which is right on the coast, covers a total of 5,500 acres of the west Cornish countryside, where he grows brassicas and courgettes. The brassicas include cauliflower, broccoli and cabbages.

Cabbages cover a total of 1,500 acres, with savoy cabbages, pointed cabbages and spring greens grown throughout the year.

“Cornwall is surrounded on three sides by the sea and the wind direction coming off the sea warms up in the winter and cools down the land in the summer. Our rainfall in Cornwall is also higher than in other parts of the country, so it gives us some better conditions for growing brassicas in summer,” David explains.

There’s no specific season for David and his team; he plants different varieties throughout both the summer and winter and will harvest for 12 months of the year, so you can buy British all year round.

For example, both savoy and pointed cabbages are planted on the farm from March to July. Pointed cabbages are then ready to harvest from June to December, whereas the Savoy cabbage harvest period continues right through to March.

Spring greens are a key variety of cabbage in Cornwall. They grow slowly in cold weather, but with warmer Cornish winters David is able to continue growing right through the winter. He plants them from March through to August and harvests them all-year-round.

His cabbages are harvested by hand, cut and bagged in the field and then transported up to the pack house for quality control and chilling before being dispatched out to supermarkets.

Labour is one of David’s main concerns at the moment; 90% of his workforce are migrant workers and, with all of the cabbages cut by hand, he’s relying on the government to bring in a clear migrant policy as part of Brexit negotiations.

David has seen a huge shift in consumer demand. “Green cabbages used to be incredibly popular, but over the past five to 10 years we’ve seen pointed cabbages taking over; we no longer grow green cabbages on the farm.”

The future looks bright for cabbages. “They’re such a nutritious commodity with numerous nutritional benefits. The public are becoming more and more diet-conscious and so cabbages are in favour,” says David.