Hobbies and leisure - Food and cooking - What would trade with the US mean for the food on your plate? 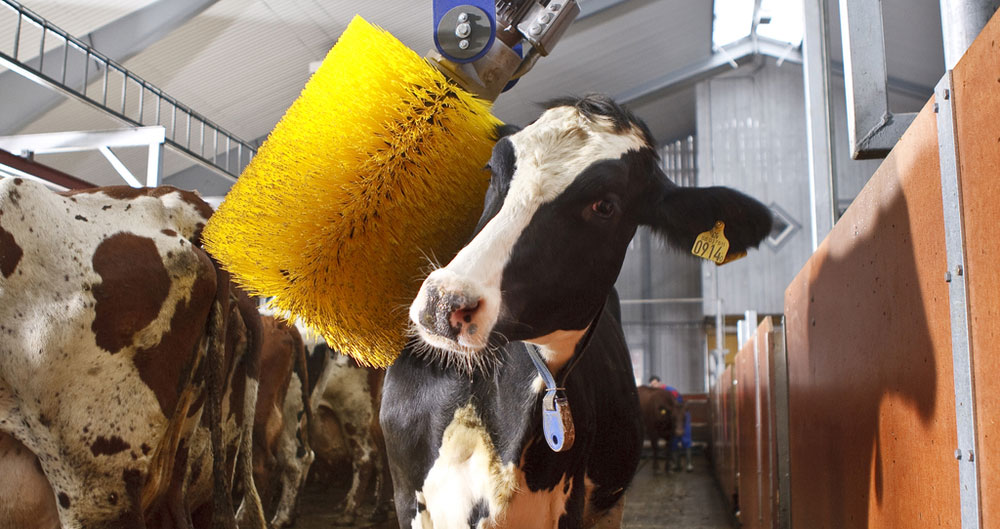 Would the British public accept chlorinated chicken masking lower welfare standards on farm or hormone-fed beef flooding supermarket shelves in exchange for a US trade deal? That is the question that the government needs to answer as it considers Britain's future trading policy post-Brexit.

One country in the spotlight for a post-Brexit trade agreement is the USA. We, along with the National Farmers' Union - which represents 47,000 British farmers and growers - believe that there could be benefits for UK farmers in a UK-US trade agreement. However, there are very significant differences between UK and US policy and approaches to food safety, notably in areas such as animal welfare, antibiotic use, hormone growth promotors and use of chemical washes, which reflect longstanding concerns of UK consumers and policy makers.

UK farmers and growers are rightly proud of their high standards of production. The government says it has no intention of allowing these standards to be undermined post-Brexit but the detail on how this will practically be done remains to be defined. A trade policy which does not respect UK standards of production risks exposing the British public to food which may be unsafe or produced in a way that does not meet their expectations. Ultimately it risks undermining UK producers leading to less Great British food on our plates.

Let's have a look at the comparison between food production standards between the UK and USA...

In 2012 the UK introduced a new Laying Hens Directive banning the use of barren battery cages and introducing the enriched or colony cage, which is designed to hold up to 90 birds and give the hens more freedom, including increased cage height, a perch, a nest box and litter. Laying hens must also have an an indoor space allowance of 750cm2.

The US has no Federal Laws governing welfare of laying hens. Voluntary guidelines suggest space allowance per bird of 432cm2.

The UK adopts a farm-to-fork' approach to food safety and only drinking water is permitted to wash chicken carcasses post-slaughter. UK animal health and hygiene standards elsewhere in the supply-chain negate the need for the use of chemicals.

Pathogen Reduction Treatments (PRTs) are used in the US order to remove harmful bacteria. These practices have caused long-running disputes between the US and the UK over imports of chlorine-treated poultry (chlorinated chicken). Although the European Food Safety Authority has concluded that residues of these PRTs do not pose a health risk to consumers, the UK maintains its ban on imports of US poultry meat. The UK argues that the use of PRTs compensates for poor hygiene standards elsewhere in the supply chain.

Growth hormones, used to boost muscle growth, have been banned in the UK since 1981.

A number of synthetic growth hormones are permitted and widely used in USA beef production.

Sow stalls - metal cages that female pigs are confined to after being mated or artifically inseminated - have been banned in the UK since 1999. 40% of UK sows are housed outdoors in systems perceived as higher welfare and the remaining sows indoors are largely housed during pregnancy on solid floor straw based systems with housing in groups. Additionally in the UK, 60% of finishing pigs are housed on straw systems.

The use of Ractopamine (a growth promoting hormone) has also been banned since 1996.

Sow stalls were banned in only nine of 41 states. In the remaining states, it is legally permissible to keep sows in stalls for their entire 16 week gestation period. Finishing pigs are predominantly housed on slatted accommodation in the USA.

Ractopamine is widely used as a feed additive in US pork production.

The number of somatic cells found in raw milk, is an indicator for the presence of pathogenic bacteria and cow health. The UK’s upper limit for somatic cell count is 400,000 per millilitre. Milk with an SCC of more than 400,000 is deemed unfit for human consumption by the European Union.

The UK bans the use of a growth promoter known as Bovine Somatotrophin (BST) in dairy production. The use of growth hormones in dairy production has been banned since 1990. BST can increase productivity of milk when injected into dairy cows, however the EU has found that it significantly affects animal health and welfare, leading to increases in the incidence of harmful conditions in cows, including birth disorders, hoof problems, heat stress, diarrhoea, increased somatic cell count, and mastitis.

The USA upper limit for stomatic cell count is 750,000 per millilitre.

Growth hormones intended to increase milk production and productivity are widely used in the USA.

The UK bans a number of active substances on the grounds of potential risk to the environment, animal and human health.

The US has access to many active substances banned in the UK and EU.

In the UK, animals can be transported without feed and water for a maximum of 12 hours and typically last less than 8 hours. There are further rules relating to space allowances during transport, dependent on species.

In the USA, legislation permits transportation in the form of the 'Twenty Eight Hour Rule' where journeys can be a maximum of 28 hours. There are no specified space specified during transport.

British farmers are committed to using medicines and treatments as little as possible but as much as is necessary so animals stay healthy, and in turn, our food is safe to eat.

Despite US federal rules introduced in 2017 aimed at curbing the use of medicinal important antibiotics for production purposes, investigations have shown that antibiotics crucial to human health are still being used in “unacceptable” quantities on US livestock farms.

This is surely a matter for truthful labelling and proper enforcement by Trading Standards. Any product that has a Red Tractor label or Union Flag must have spent at least 50% of its LIFE on UK soil, and not just packaged here. If this loophole already exists it needs to be closed asap.

It's very important to keep fighting this one - not just for the sake of the British food supply, but for the sake of American livestock, who suffer so much cruelty under US laws. We must put pressure on the USA to improve meat-producing practices across the board.

I live in the USA and I know that food labeling here has one purpose, to prevent law suits. Its accuracy is suspect but can be debated in court to protect the large food producers with expensive lawyers. As a means of finding quality products, it has absolutely no merit. If the UK signs a trade deal with the USA that includes food, UK citizens will have to become educated to the fact that finding healthy food is their own responsibility, not the responsibility of the government or watchdog.

In the USA they don’t have to label their food and they are wanting the same here. Plus there are USA food companies here so the package will say from U.K. when in fact it comes from America.

Wendy Turner, the US bans the use of 'Country of origin' labelling. This is in the documents the US has sent to the UK on a trade deal, Johnson is going to be desperate to get a deal and has ruled out parliamentary scrutiny. In other words you will have very little information as to where your food is from. UK farmers will be forced to abandon their high standards or go bankrupt, soon the big US corporations will move in, lobby the government with big donations to get what they want. Please look up a YouTube video by John Oliver about chicken farmers, it's depressing and it's coming here! It's only a matter of time. Unless we can change this government.

Surely we are all intelligent people who can read labels and as long as our food is accurately labelled we can choose not to buy any food of foreign origin which has been treated in a way we do no approve of. It seems to me to be essential that we ensure that any Government passes laws which require food producers to properly label food as to it's Country of origin, the processes it has been subject to. If this is done we can then choose to eat British produced food including in Resturants!

I don’t see why we have to give up our sovereignty in order to farm safely. Seems like a political scam to tell us we do.

And its not just the usa that has inferior farming practices. A lot of the rest of the world produces food of low welfare and which is potentially harmful to human. If the NFU is really concerned they it should be actively campaining to stay in the EU, otherwise its just mealymouthed propaganda. 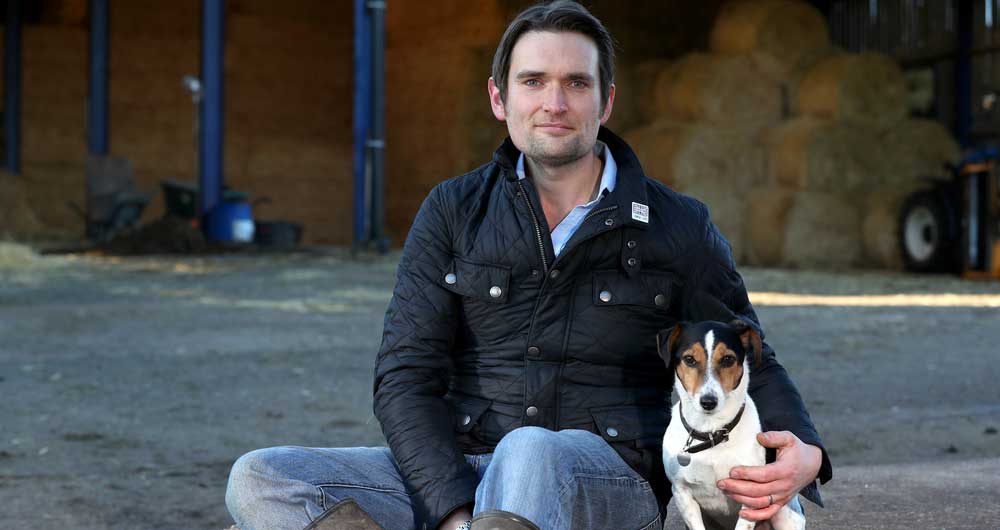 Joe Stanley: What the Red Tractor logo on your food really means