Hobbies and leisure - Food and cooking - The British asparagus season 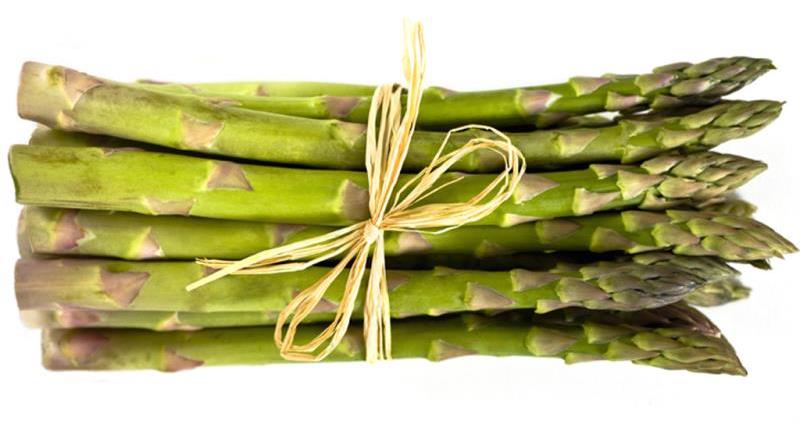 Just as Saint George is the patron saint of farmers, it’s rather appropriate that the start of asparagus season traditionally coincides with St George’s Day (23 April, in case you were in any doubt).

Asparagus is one of the better-known spring vegetables, although we only get to enjoy its short season for around seven to eight weeks.

We say a welcome hello to British asparagus in late April and farewell again in June, meaning we have to cook and enjoy this speared veg in every way possible, several times a week, breakfast, lunch and dinner.

The popularity of asparagus has grown hugely in recent years, especially with the plethora of TV cookery programmes and celebrity chefs. It’s a versatile vegetable that can be cooked in a variety of ways – boiled, steamed, grilled, roasted or even barbecued – and as compatible with pasta or rice dishes as with meat-and-two-veg.

Whether it’s topped with a fried egg and hollandaise sauce or enjoyed with a spritz of lemon, British asparagus has a mild, earthy flavour that can enhance any plate but also makes for a healthy, delicious meal all on its own.

A seaside plant found in sandy, well-drained soils and rocky outcrops, asparagus is native to Europe and western Asia. It’s even pictured as an offering on an Egyptian frieze dating to 3000BC, and a recipe for cooking asparagus is in one of the oldest surviving recipe books, third-century AD Apicius’s De re Coquinaria, Book III.

By 1469, asparagus was cultivated in French monasteries, but appears to have been hardly noticed in England until the mid 1500s.

Asparagus is almost exclusively white in much of Continental Europe. White asparagus is the result of applying a blanching technique while the asparagus shoots are growing. To cultivate white asparagus, the shoots are covered with soil as they grow, i.e. earthed up. Without exposure to sunlight, no photosynthesis starts and the shoots remain white.

White asparagus is believed to be less bitter and more tender than green asparagus, too. But no matter the colour, asparagus is packed full of goodness.

So why should you be putting asparagus on your plate? Asparagus not only tastes good – it’s also good for your health. Rich in vitamins, it boosts the immune system and aids blood clotting, while also improving the health of the large intestine. In addition, it is mildly diuretic, helping to detoxify the body – lending weight to its role as a hangover cure!