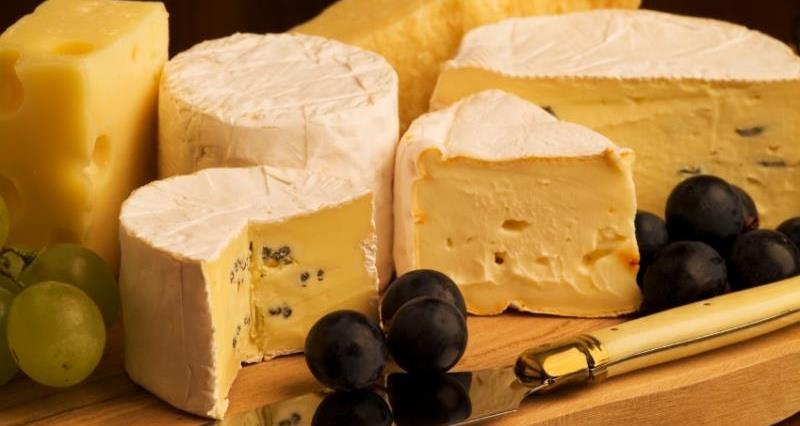 Britain's specialist cheesemakers and retailers have joined forces to urge the public to 'support small cheesemakers' as the Coronavirus crisis threatens to wipe out the previously thriving industry.

Led by the Specialist Cheesemakers Association (SCA), Academy of Cheese and the Guild of Fine Food, and supported by cheese writer Patrick McGuigan, the initiative aims to raise awareness of the crisis and help shoppers connect with local cheesemakers and indie retailers by providing online directories of the companies that can deliver or are safely open for business.

This first-of-its-kind collaborative project will culminate in the British Cheese Weekender over the Early May Bank Holiday weekend (8-10 May), when the public will be encouraged to enjoy the country's best cheeses with a series of free, online tastings.

Farmhouse and artisan cheesemakers are being forced to pour thousands of litres of milk down the drain and give away cheese for free after many lost up to 90% of their business overnight when the hospitality sector was closed down. The result is that small producers have been left with maturing rooms full of cheeses, which by their nature have limited shelf lives. The problem is particularly pronounced for soft and blue cheeses. At the same time, cows, sheep and goats are now out at pasture, and continue to produce milk every day that must be used or be thrown away.

“The future of Britain's farmhouse and specialist cheesemakers is in the balance - we could see many of the country's best cheeses lost for ever as family farms and small cheesemaking businesses are pushed to the wall, ” warned cheesemaker Catherine Mead, chair of the SCA, which represents over 200 small cheesemakers and is one of three organisations involved in the initiative.

“The good news is that it's never been easier to buy good cheese, either online or direct. The specialist cheese industry has mobilised almost overnight, often teaming up with other small food producers, to get good food to people in their local areas.”

Commenting on the British Cheese Weekender, from 8-10 May, Tracey Colley, director of the Academy of Cheese said: “We're lining up a series of virtual masterclasses over the weekend, hosted by top cheese experts, so that people can tune in and learn more about cheese as they taste along at home. We'll be covering topics from how to be a cheese judge to drinks pairings and storage tips.”

John Farrand, MD of the Guild of Fine Food, which represents the country's cheese shops, delis and farm shops, praised the way indie retailers and small producers had mobilised in the crisis.“It's inspiring to see how local food networks have risen to the challenge and adapted business models to provide good food to local communities during the crisis. We urge shoppers to make use of these networks and support small family businesses. The local pound has never been so valuable.”

Hi David, You can visit our latest webpage on British cheese here: https://www.countrysideonline.co.uk/hobbies-and-leisure/food-and-cooking/british-cheese-all-you-need-to-know/ We also have a page dedicated to some of our favourite English sparkling wines: https://www.countrysideonline.co.uk/hobbies-and-leisure/food-and-cooking/15-british-sparkling-wines/ Here you can find some cheese and sparkling wine local to your region which could be part of a delicious hamper for your friend. The upcoming edition of our magazine also features some of our favourite English wines, so make sure you have are subscribed to be the first to see that feature: https://www.countrysideonline.co.uk/join Thank you.

Hi I love love cheese where can I get a great hamper with wine and cheese to send to a friend who has been a great suport to us over the last few year. Dave