Rewilding as a method of restoring ecosystems has been the subject of some debate and controversy in recent years. Typically a large-scale proposition, rewilding could mean replanting trees and woodland or reintroducing missing species through to letting whole areas go unmanaged in any way.

Wildlife tourism is known to generate income. In Scotland, for example, the osprey is estimated to bring in £3.5 million a year. There is also a strong argument for naturally functioning ecosystems being better at preventing floods, storing carbon and providing us with clean air, water, food and fuel.

Species reintroduction in particular requires a responsible long-term view as well as widespread support and consent from local communities and landowners. For example, wolves have re-established across many European countries, but would require a wholesale change to the way we manage livestock in the UK due to their nature as a top predator.

Claire Robinson, a wildlife expert at the National Farmers’ Union, said: “Any species reintroduction, particularly if it hasn’t been in this country for hundreds of years, can have a massive impact on the many benefits that the countryside delivers.” 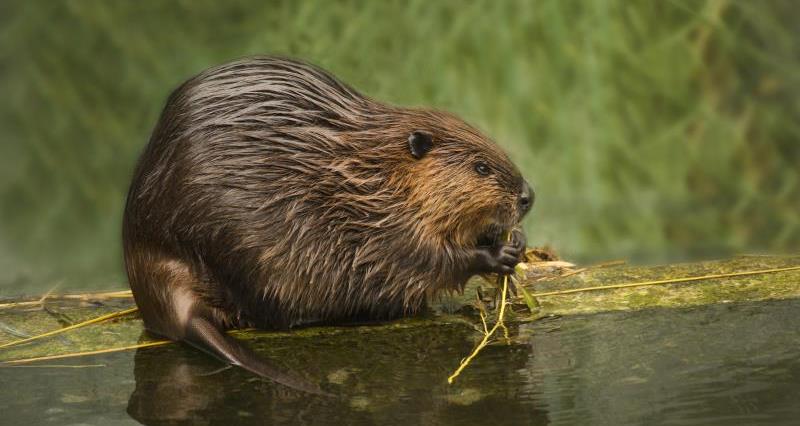 Extinct in Britain since the 16th century, the European beaver is one of the largest rodents in the world, and much larger than you may think. Adults typically grow to well over a metre in length, and weigh an average of 40lb, the same as a medium-sized dog.

Their reputation as strong swimmers and impressive engineers is not an understatement. Their large incisors and clawed front feet enable them to construct dams and lodges that can extend for hundreds of metres, as well as burrows of up to 20 metres into the riverbank.

There is increasing interest in the beneficial role beavers could bring to habitats. The natural activities of beavers could help to regulate flooding and improve water quality, if managed properly.

On the other hand, beaver burrows near watercourses can weaken river embankments and flood defences. Material felled and gathered by beavers for dams and lodges can create flood risk downstream and block drains upstream. The potential consequences of this for farmland and the rural economy is a cause for concern.

It is estimated that the costs of the 2007 and 2013-14 floods on farming businesses alone were £50m and £19m respectively, not to mention the wider economic impacts on local employment, infrastructure and utilities and the damage caused to people’s homes and communities.

The knock-on effects can be wide-ranging. The loss of productive farmland, for instance, would have a detrimental effect on food production and supply.

A change in the legal status of beavers raises more concerns. This is because beavers have no natural predators in the UK so it is important that populations can be managed, particularly if they are present in extensive low-lying areas such as East Anglia, Wiltshire and the Somerset Levels where their activities could block field drains leading to waterlogging of productive farmland.

Where have studies on the impacts of beavers taken place?

A five-year study led by Devon Wildlife Trust, working in partnership with the University of Exeter, Clinton Devon Estates and the Derek Gow Consultancy, focused on the River Otter beaver trial in East Devon. At the beginning of the trial in 2015, there were two breeding pairs of beavers. In February 2020, this figure stands at at least eight pairs. A report from the study has been presented to Natural England and Defra for a decision on the future of East Devon’s beavers, and the status of the species in England. The timescale for the government's decision has not been announced.

“Beavers naturally change their landscape to create a wetland habitat which can have serious implications on farmland such as the ‘wetting up’ of high grade arable land in lowland areas leading to it being unproductive. We welcome acknowledgement in the [River Otter beaver trial] report of the issues beaver activity has caused to some farmers but we do not agree that in all cases the challenges posed can be managed in a straightforward way.

“It is crucial that if the decision is taken to allow the beavers on the River Otter to remain beyond the life of the trial, there is a long-term management plan in place that offers support to those farmers affected as well as fair compensation.

“Any future discussions on the future of beavers in the landscape must be done in conjunction with the farming community so a sustainable farming, food and wildlife balance is achieved.”

A pair of adult beavers and two young kits were released into a 6.5 hectare secure enclosure in the Forest of Dean in July 2018 in a three-year project to assess their impact on the ecosystem. The project is expected to help improve biodiversity and reduce local flood risk. The release was attended by Defra Secretary of State Michael Gove, who also announced £20,000 of new funding for the trial reintroduction of beavers in Devon.

A five-year trial in Knapdale, Mid-Argyll ended in 2014 and the Scottish government is considering recognising the European beaver as a native species. 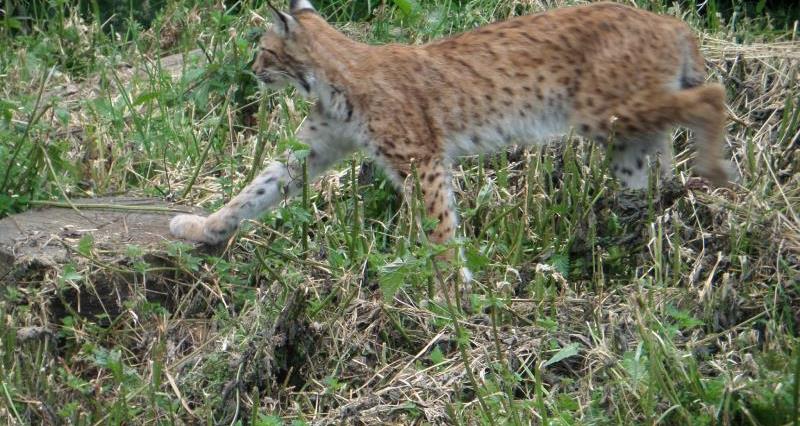 Lynx disappeared from the UK about 1,000 years ago through hunting and loss of habitat. Campaigners for their reintroduction say that lynx could help reforestation by naturally curbing the deer population.

However, Natural England recently advised the government not to approve an application from the Lynx UK Trust for a trial reintroduction of Eurasian lynx in the Kielder Forest, Northumberland, on the basis that the application had not been able to demonstrate enough local support. The application had been a concern for local farmers because lynx are a large predator, and would naturally hunt and kill smaller animals, such as sheep and lambs.

Claire Robinson, wildlife expert at the National Farmers’ Union, said: “Our biggest concern would be the impact on animal welfare and the safety of livestock. There is no evidence that lynx will stay within woodland or forest areas.” 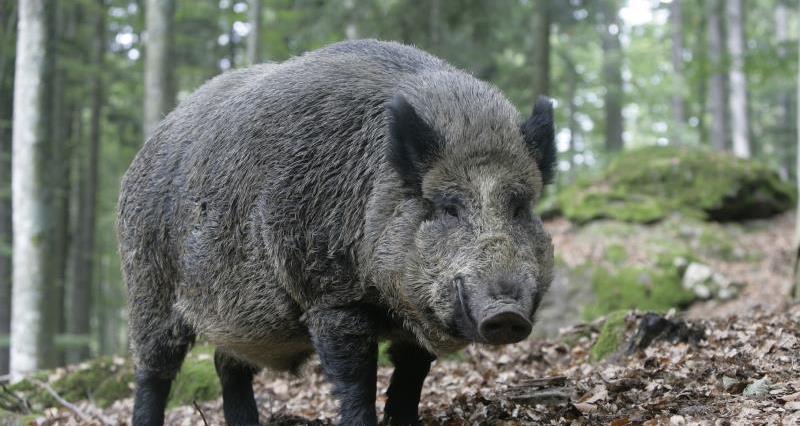 Wild boar are already a tourist attraction in England. Once common, they were hunted to extinction around 1260, but populations have re-established in recent years.

The Forest of Dean boar population is the largest in England. It is estimated at 1,500 and is continuing to grow. It established in woodlands near Ross-on-Wye after escaping from a wild boar farm during the 1990s. In 2004, a group of around 60 animals was illegally released on the western edge of the forest, above the Wye Valley. By 2009 it was clear that the two populations had merged and a breeding population was thriving.

Wild boar can increase biodiversity, through rooting and wallowing. They are highly effective bracken destroyers, creating space for trees and other plants to grow. Equally, their activity could damage areas such as sites of scientific special interest (SSSI) that have been protected because of their high quality environmental features.

However, when they stray into populated areas, they can damage property as they search for food. Highways England counted 230 boar-related traffic accidents between 2011 and 2014, including one fatal incident. Farmers have also expressed concerns about the possibility of disease from the wild animals spreading to their livestock.

The National Pig Association is concerned about wild boar breaking into commercial pig units. Pigs are notorious for picking up and transferring diseases.  A wild boar population increases the risk of significant disease outbreaks and would make an outbreak difficult to control.

Claire Robinson, wildlife expert at the National Farmers’ Union, said: “It’s important wild boar populations are managed because of the considerable damage they cause in rural communities and for farmers. These are wild animals and we shouldn’t be feeding them and exacerbating the problems.”

I do not believe we should introduce wolves, wild boar and lynx into our country. If we think deer and rabbit populations are out of hand why dont we encourage people to eat more. Our country could do with being more self sufficient. These animals were hunted to extinction because they were pests and dangerous . i for one will never again take my grandchildren to keilder forest again if wolves are roaming around. We have at the moment a nice safe country free from dangerous wild animals. This is a bonus in tourism surely. If you want to go and experience dangerous wild animals go to almost any other place in the world. Our island is a safe haven and should be kept so and appreciated for that. Here you can take your children out without carrying a gun to protect them. 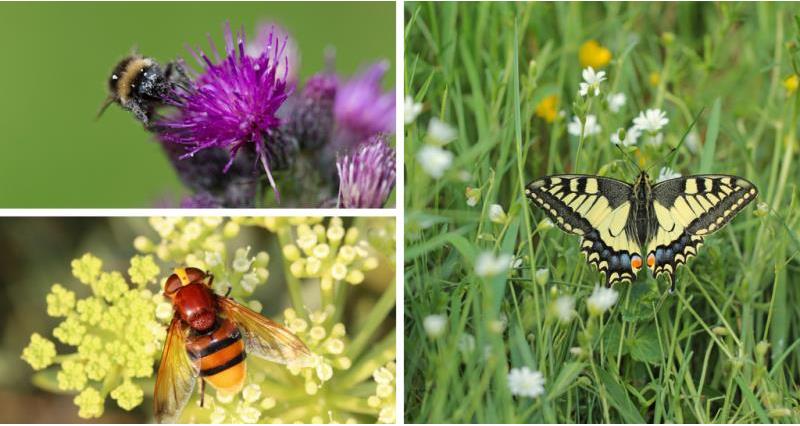 What do farmers do to meet bees needs and encourage pollinating insects?