Care for the countryside - Rural crime: what you can do to help 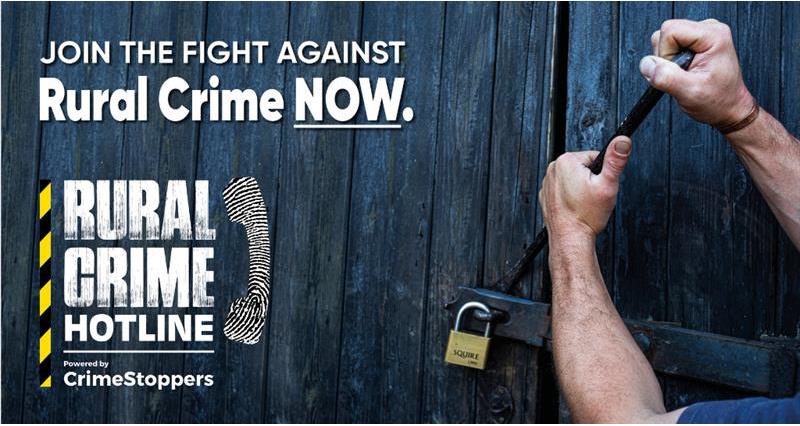 Rural crime is a big concern for UK farmers. Did you know that rural crime cost the UK £49.9 million in 2018?

Even if you are not directly impacted by the devastating effects of rural crime, you can still play a part to prevent numerous instances of crime that affect your community. Farms are targets for a variety of different crimes. These include, but are not limited to, fly-tipping, machinery and livestock theft, livestock butchery and hare coursing. This can leave those affected feeling vulnerable and isolated.

More information on rural crime can be obtained from the Rural Crime Hub, on the NFU website.

What you can do to help:

By keeping your eyes and ears open, identifying suspicious behaviour, and reporting anything that seems odd and unusual, everyone in your rural community is able to provide intelligence and work to make our countryside a safer place.

So if you are out and about in the countryside, be observant and report odd, unusual or suspicious behaviour. Do not intervene if you see something suspicious, but take photos as evidence if it’s safe to do so.

Not sure when to report?  Use the following steps to help:

The PCC elections are taking place on 6 May. The newly elected commissioners give us a good opportunity to highlight the importance of responding to rural crime around the country.

The NFUs recent Rural Crime Survey showed that fly-tipping is the most common crime experienced by farmers, with 48% of survey respondents reporting at least one instance in 2020.

Tackling this issue is an increasingly high priority and that is why we are urging the public to sign our open letter to the PCC’s and demand action to tackle fly-tipping.

Show your support for action on fly-tipping. Add your name now. ​

The NFU launched its Rural Crime Report to highlight the impact rural crime is having on farmers and rural communities. It calls for MPs to ask police forces to prioritise rural crime and encourage greater reporting of the issue. Read it here.

Large-scale, industrial fly-tipping is the illegal dumping of waste, usually on farmland. Defra statistics for the 2018/19 year show that local authorities in England dealt with over 1 million (1,072,000) fly-tipping incidents, an increase of 8% from the 998,000 reported in 2017/18. Waste can be costly and time consuming to remove. It’s also dangerous to human health, wildlife and livestock. When fly-tipping takes place on private land, it is the landowner’s responsibility to remove the dumped waste often at great cost.

Fly-tipping affects two-thirds of farmers; it blights our countryside and provides a huge problem for landowners as it’s their responsibility to pay for the costly removal. Nearly two thirds (62%) of fly-tips involve household waste, but more worryingly, the figures show that incidents involving 'significant, (or) multi-loads' of waste in England continue to rise. For these large fly-tipping incidents, the cost of clearance to local authorities in England in 2018/19 was £12.9 million and the average clear up cost for the farmer is £1000.

Rupert, a farmer from the West Midlands, experiences fly-tipping on his land on a weekly basis. Instances have ranged from a few bags of domestic waste through to lorry loads of commercial waste. This lorry load of industrial waste costs £800 to remove and despite Rupert locking gates he’s still experiencing the horrors of fly-tipping on a regular basis. Greater vigilance and awareness from all members of our rural communities can help to reduce fly-tipping but as many farmers who have been victims say, even when gates are locked organised criminals come prepared to force entry. 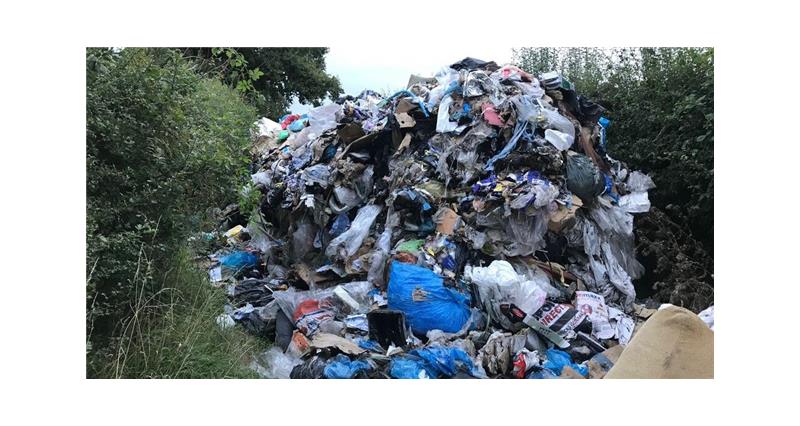 Fly-tipping: This image is an example of large-scale industrial fly-tipping taken on a farm in the West Midlands in September 2019.

Householders have a duty of care to ensure that their waste is disposed of lawfully. If unsure of the rules, householders can follow the SCRAP code before you hiring someone to remove their waste:

Hare coursing is the pursuit of hares with dogs, often for the purposes of betting. It takes place on areas of flat, open land where the dogs can easily and visibly pursue the hare. It is typically carried out by large groups of people who travel long distances. It is illegal under the Hunting Act but it also has other impacts, for example: fences and gates can be damaged by vehicles forcibly trying to gain access to land.

Hare coursing is barbaric and illegal but instances are on the increase, especially towards late summer fields have been harvested. Hare coursing activity can be conducted by gangs driven by gambling, who are intimidating to farmers who often work alone in fields. They not only trespass and cause damage to property and land but also impact wildlife and instances of violence have been reported. A farmer who for obvious reasons did not wish to be identified says he fears for the safety of his family as the criminal gangs who hare course on his land use violence and intimidation. He cites without police support the instances are increasing and his land is being damaged by the ongoing illegal activity. 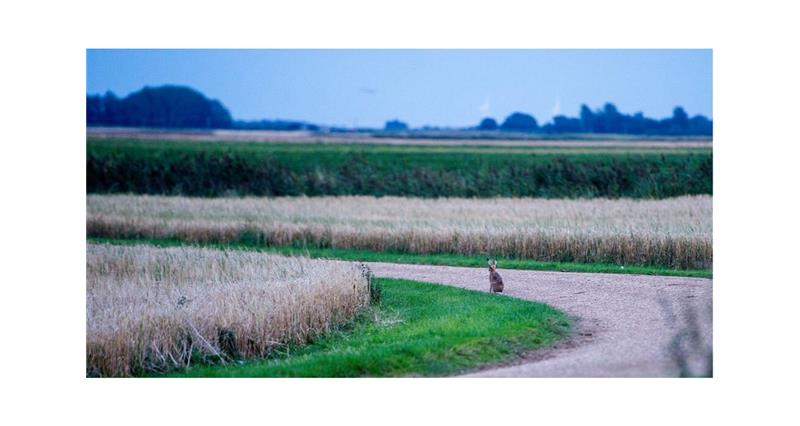 Hare Coursing is on the rise. The pursuit of hares by dogs is common among criminal gangs.

This can be a lucrative criminal activity due to the high prices that can often be received for cattle and sheep. The crime can range from losing hundreds of animals to just one or two. The loss of stock leads to significant financial losses and can also have further impacts on the business such as losing breeding stock. Each week, at least one farmer falls victim to cases of theft or butchery, losing hundreds of livestock, which are rarely traced. The financial and emotional cost of livestock theft is huge, imagine losing animals you’ve nurtured since birth, it’s a cruel business.

Farm machinery is often expensive and the business is dependent on it. For example, a stolen tractor could mean crops can’t be harvested or a stolen quad bike means livestock can’t be fed. There isn’t a big market for second-hand farm machinery in the UK, so high value items can often be stolen to order and then sent abroad. Farmers have experienced violence when confronting thieves on their land – which is often remote and difficult to secure.

Theft in the countryside is on the increase and it’s not just machinery and livestock being stolen. Even farmers who’ve invested in additional security suffer on-going attacks. The Scott’s who have an arable farm in the South East spent £15,000 on additional security after a violent robbery, but only six months later they were again victims with several vehicles being stolen and Mr Scott requiring hospital treatment. With many farms being isolated and communications sometimes poor, organised and opportunist thieves are increasingly targeting them, sometimes with violent consequences. 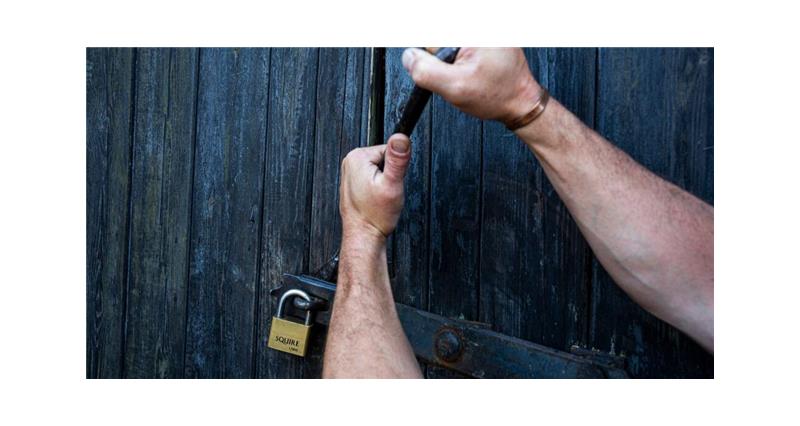 Theft is an issue that all farmers face, whether its livestock theft, machinery theft, or even diesel oil being stolen.

Livestock worrying has huge implications for farmers across the country. Dog attacks on livestock cost farmers an estimated £1.6 million each year and this figure rose by nearly 50% across the UK in 2016. More recently, there have been increased incidences of illegal sheep butchering which causes huge distress to other livestock, farmers and their businesses.

Thousands of sheep and cattle die as a result of injuries caused by dogs every year and livestock worrying costs the industry an estimated estimated £1.6 million each year. But this figure is just the tip of the iceberg as many losses are uninsured and often unaccounted for. Therefore, the reporting of these incidents is key to be able to understand the true scale and impact of dog attacks on farm.

For further information on how to enjoy the countryside responsibly with your dog, please visit our dog walking page.

Organised criminals are thought to be behind the barbaric illegal slaughtering of sheep. These statistics illustrate the scale of the issue across Warwickshire, Leicestershire and Northamptonshire:

The NFU's James Peck said the crimes were unprecedented and were being carried out by a gang of organised criminals, "who appear to have an operation with an outlet" to sell the meat.

He added there was a "real risk to human health" from eating meat from carcases that have not been processed in a licensed abattoir where vets and health inspectors were on hand to ensure welfare was high.

If you have suspicisions about the traceability of meat which may have been butchered illegally, please contact the police

Access covers a range of issues that can be related to rural crime. You’ll find information on activism, illegal encampments, trespass and fly-grazing available on the NFU website, in the Rural Crime hub.

An illegal encampment, also known as an unauthorised encampment, is the unlawful occupation of land without permission from the landowner or occupier. This constitutes a trespass, which is a civil law matter. On top of this farms are increasingly being targeted by animal rights activists and extremists who employ a range of tactics to discredit individual farms and farming as a whole. More information can be obtained through the ‘Access’ section of the Rural Crime Hub .

Trespassing in an agricultural sense is to enter private land or property without permission, this is a civil law matter also. Some methods put into practice to help prevent against trespass include digging ditches around a perimeter of a field or compound or implementing barriers.

Fly-grazing is the practice of grazing horses on land without the permission of the landowner or occupier. Criminal damage is often carried out to gain access to grazing land, and the practice is often associated with poor horse welfare. When a horse is left on land, the owner or occupier may become legally responsible for its welfare, which includes feeding and caring for it and ensuring its safety and security. In practical terms, this could mean spending time and money on securing fencing, ensuring an adequate supply of food and water, as well as paying for any veterinary services.

We have always had close connections with farming, We live next door to a farm now, my husband helps him with his cows when they go across the road or down the lane. We keep our ears and eyes open on what's happening around us.

I keep an open for poaching, Near a motor way so it is quite a busy time listening for unusual sounds in the surrounding woods and roads. Drones are now becoming a pain. THey may meet a bad end with me..

Would it be a good idea for farmers to be connected by short-wave radio to other farmers in their area to warn of suspicious characters they may have spotted? Also, cow-grids at entrance gates with a row of bollards that can only be let down when someone who has access to the farm uses a code or remote controlled gadget - like are seen on TV at entrances to stately homes? Just suggestions to help stop farmers being robbed which is very distressing for them and their families and loyal staff too. 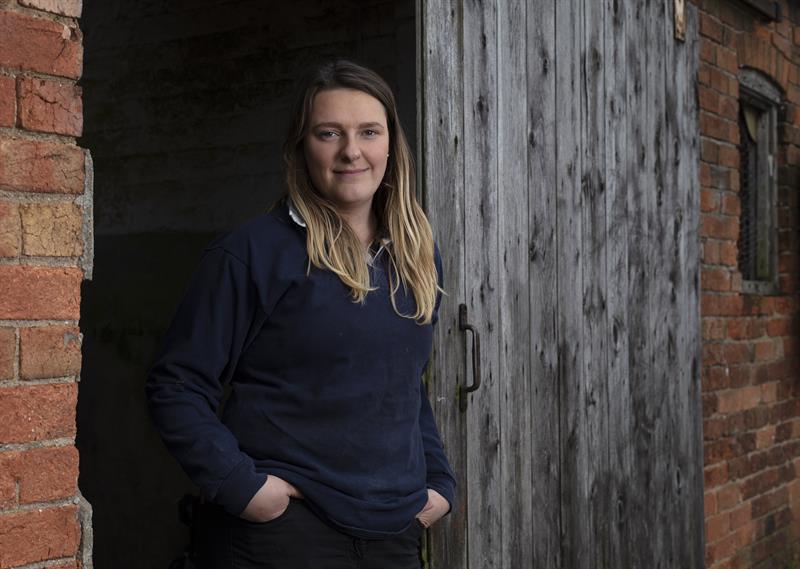 From the farmer's mouth: The impact of rural crime on farm