Jeremy Clarkson joined thousands of farmers and growers, MPs, celebrities and members of the general public to take part in the annual celebration.

Across social media, farming champions and British food enthusiasts used the hashtag #BackBritishFarmingDay to spread the word about what British produce means to them, whilst also thanking British farmers for keeping the nation fed, especially after the past year.

Alongside the noise on social media, events took place in parliament with MPs showing their support by sporting the iconic wheatsheaf pin badge during a Westminster Hall debate and during Prime Minister's Questions. NFU President Minette Batters later launched a new report on self-sufficiency and was joined by Jeremy Clarkson to host a Q&A.

The Sun launched into Back British Farming Day with a Jeremy Clarkson interview in which he urged readers to support British farmers and buy Red Tractor food. Clarkson also threw his weight behind the day across his social media channels.

Great to have the support of @JeremyClarkson on #BackBritishFarmingDay. Read this exclusive interview and find out why British farmers are proud to be global leaders in producing high-quality, climate-friendly food. https://t.co/7jQx2FD319

Support for British farming in Westminster

MPs from all parties showed their support for British farming by wearing the iconic wheatsheaf pin badges, with many also voicing their support during a Westminster Hall debate on the future of agriculture. Both the Prime Minister Boris Johnson and Leader of the Opposition Sir Keir Starmer boasted the badge during Prime Minister's Questions.

Both @BorisJohnson and @Keir_Starmer are sporting our iconic wheat-pin and wool lapel badges at Prime Ministers Questions this afternoon to show their support on #BackBritishFarmingDay 🌾👏🇬🇧 #PMQs pic.twitter.com/xTkxJWMsvM

NFU President Minette Batters launched a new report British Food: Leading the Way, highlighting the importance of self-sufficiency and being able to feed ourselves with food produced right here in Great Britain. Add your support to our letter to the Secretary of State for Environment, Food and Rural Affairs and ask him to keep food self-sufficiency levels above 60%. 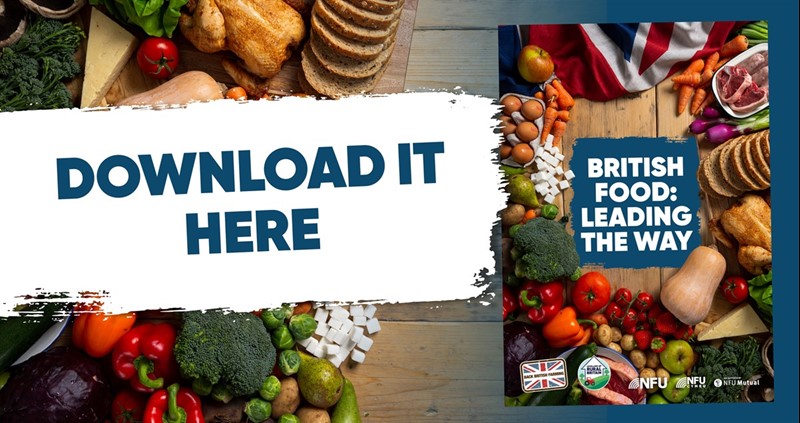